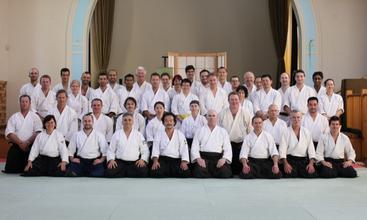 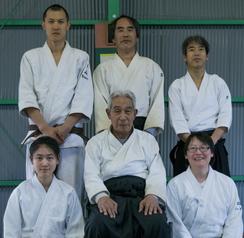 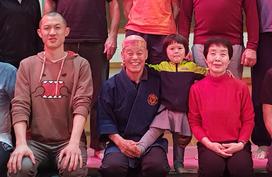 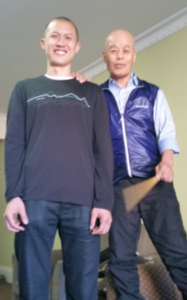 Dominic's focus is in helping you live a healthy, happy life.  The three primary methods used are movement, meditation and massage.  Emphasis is placed on educating and guiding you how to inhabit your own body.
​Dominic's own journey began with a list of so called idiopathic injuries in his teenage years which continued into his twenties when he began to venture into mountain sports.  He sought help from various physiotherapists, personal trainers and other mainstream rehabilitation specialists but they could provide no more than temporary pain relief.  Dominic later spent time in India to experience the rich tradition of yoga and meditation, which propelled him on a lifelong journey.  This journey lead him to the mountains of New Zealand and Canada where he found the love of the outdoors and silence of the hills.
Although born in Hong Kong, Dominic has always been fascinated by Japan.  Since taking up the practice of Japanese Yoga and Aikido , Dominic has discovered that alignment, breathing and connection really are the keys to health, wellbeing and strength.  Dominic has witnessed many well meaning trainees  getting hurt and not getting the results they want because they lack understanding of relaxed and efficient movement.  Dominic has been extremely fortunate to further develop his understanding under the hands on tutelage of various senior teachers including Hirosawa Sensei, Ishii Sensei and Takayasu Sensei.  These teachers have really opened Dominic's eyes as to what is possible as all of them are in their 70s and beyond!
Regardless of your ability, Dominic's focus is on education and empowerment starting where you are.  Dominic's unique approach comes from years of university study supplemented by many more hours of immersion and self exploration across many movement and personal development disciplines from modern exercise and sport science through to ancient traditions from India, Persia, Japan, Russia and China.  The distillation of complex traditional martial, physical and spiritual practices into simple health and wellbeing exercises is at the heart of his teachings.
Besides being an Accredited Exercise Physiologist, Dominic is also trained as a Yoga and Meditation Therapist, Sotai Practitioner and Holistic Counsellor/Life Coach as well as a Massage Therapist and Flexologist.    Dominic also has further training in Fertility and Pregnancy (Pre/Post Natal) Yoga and is actively engaged in training and mentoring up and coming Yoga and Meditation Teachers.

​Dominic continues to learn through connecting regularly with his teachers both at home and abroad and seeking out new knowledge and skills so that he can continue to develop and pass on ancient wisdom to you.